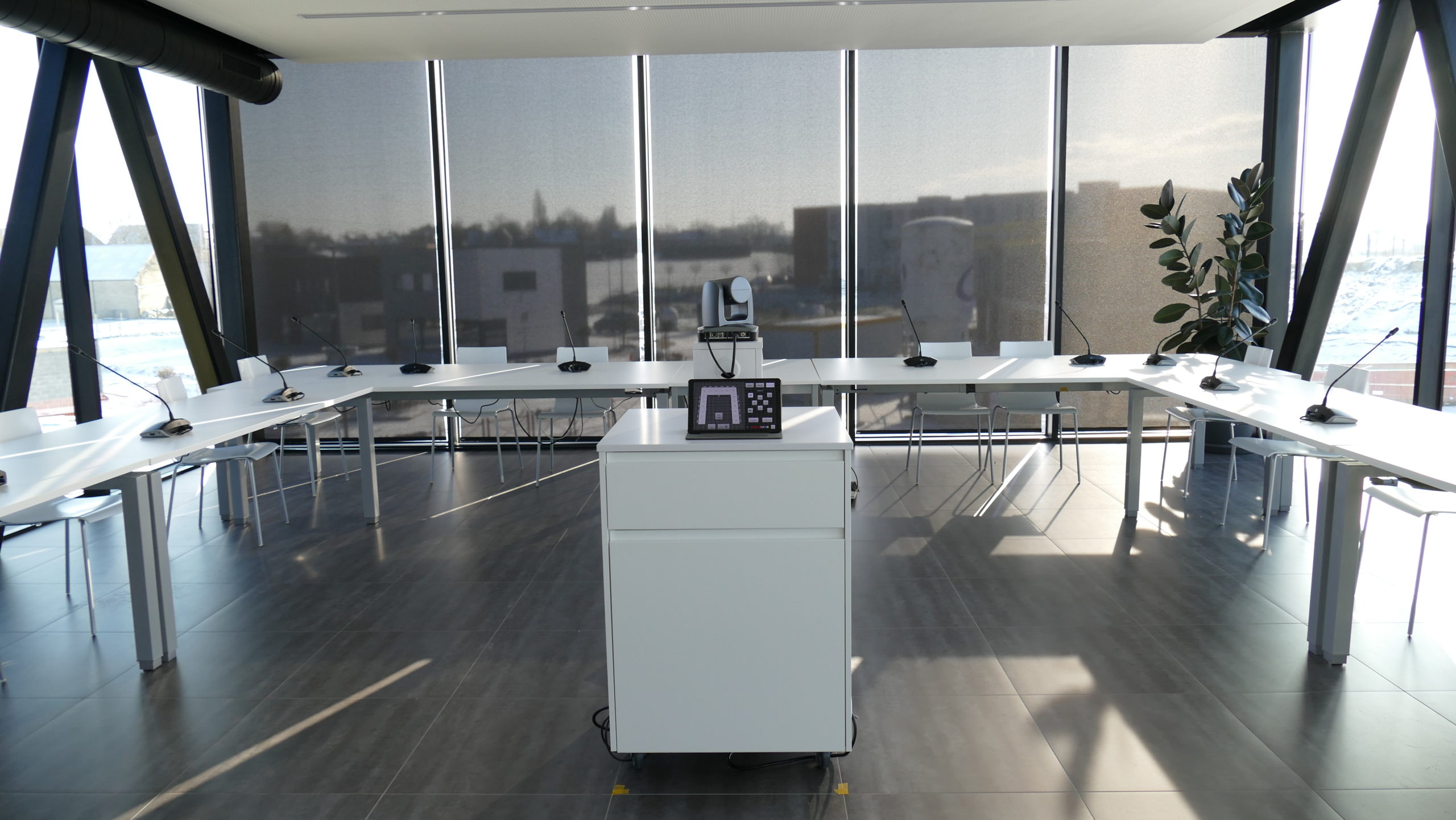 The municipality of Crisnée has a long-standing tradition of encouraging citizens to participate in municipal life. It was one of the first Walloon municipalities to broadcast its town councils live!

‘The idea of revitalising the councils came from a simple observation: very few people attend the local council meetings, especially young people!‘ explains Christophe Goffin, the deputy mayor of the municipality of Crisnée.

Initially, a very small-scale system was used by the municipality, with a single fixed camera. Then, in parallel with a move to new premises, it was decided that the municipality’s broadcasts needed to be made more professional, in order to communicate more directly with the population and reach a younger audience.

‘Since our move, the traditional system that we used in the beginning has shown its limits and no longer corresponds to the reality of our beautiful council chamber,’ emphasises Deputy Mayor Goffin. What was acceptable in terms of image and sound six years ago is no longer acceptable! It became necessary for the municipality of Crisnée to find a professional and user-friendly technical solution. This is why the municipal council contacted Etilux to find the most suitable solution.

The pandemic made it even more important to replace the old system quickly, in order to maintain more proactive and permanent communication with the population. Furthermore, many local authorities across the country have also made this choice and are often required to retain this system, in order to keep track of their municipal councils and give citizens access to the decisions made.

In the long term, the goal of the municipality of Crisnée is to integrate the monitoring of deliberations and votes into the streaming service. To this end, the proposed system had to be scalable and capable of linking to different software systems. The solution proposed by Etilux makes this possible, thanks to its collaboration with the company Inforius, which has developed software solutions that are adapted to the work of municipalities. 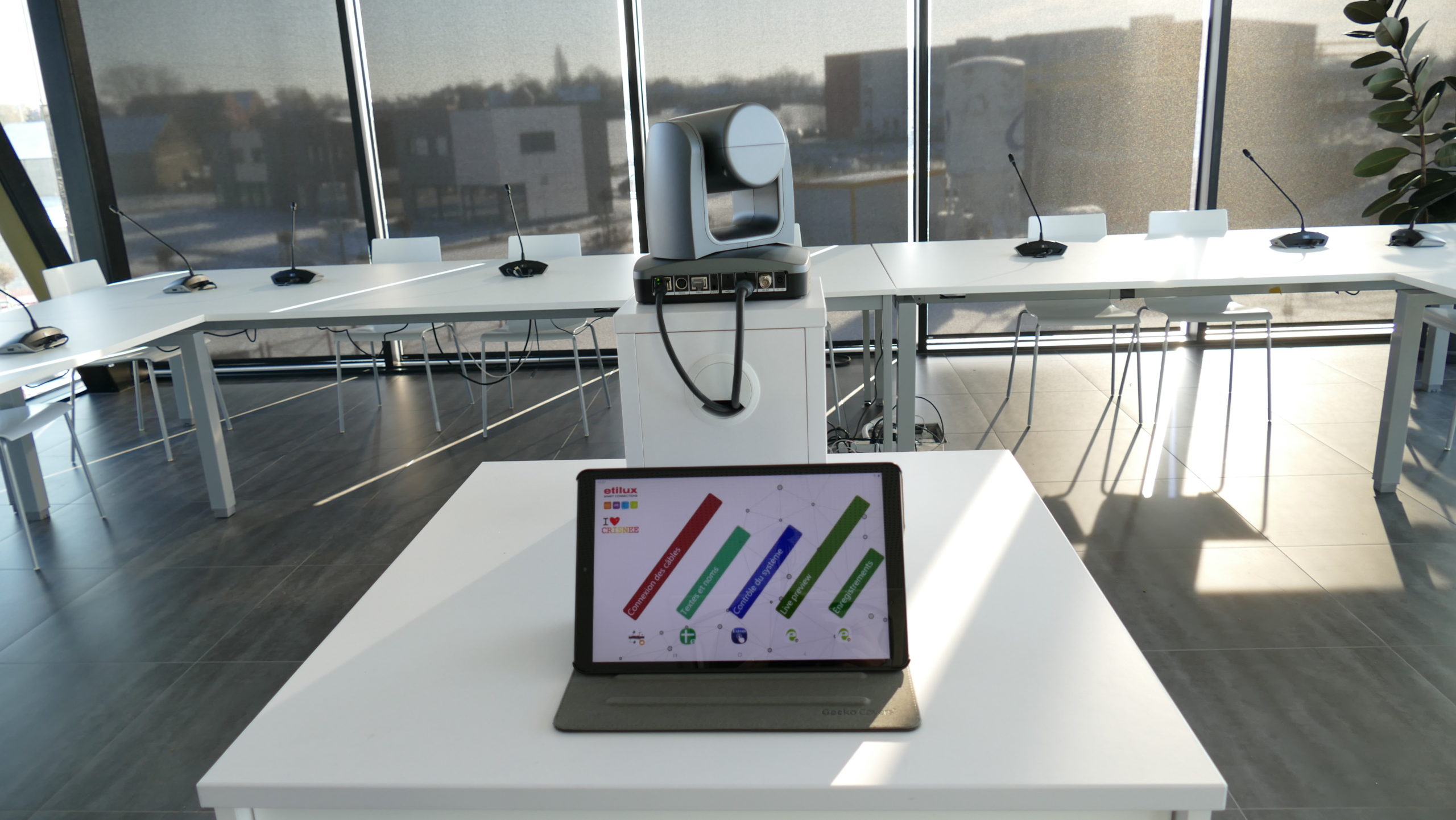 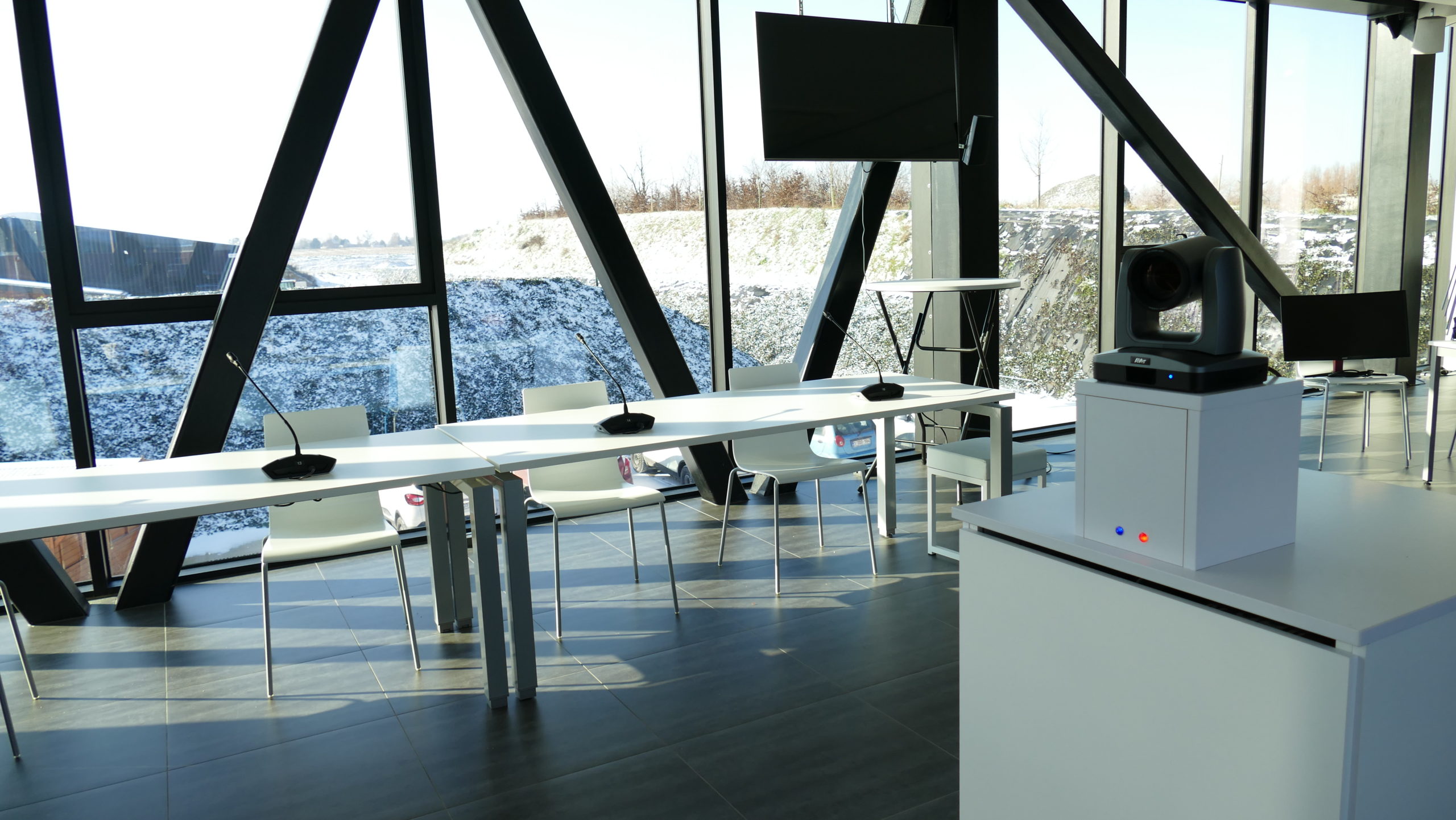 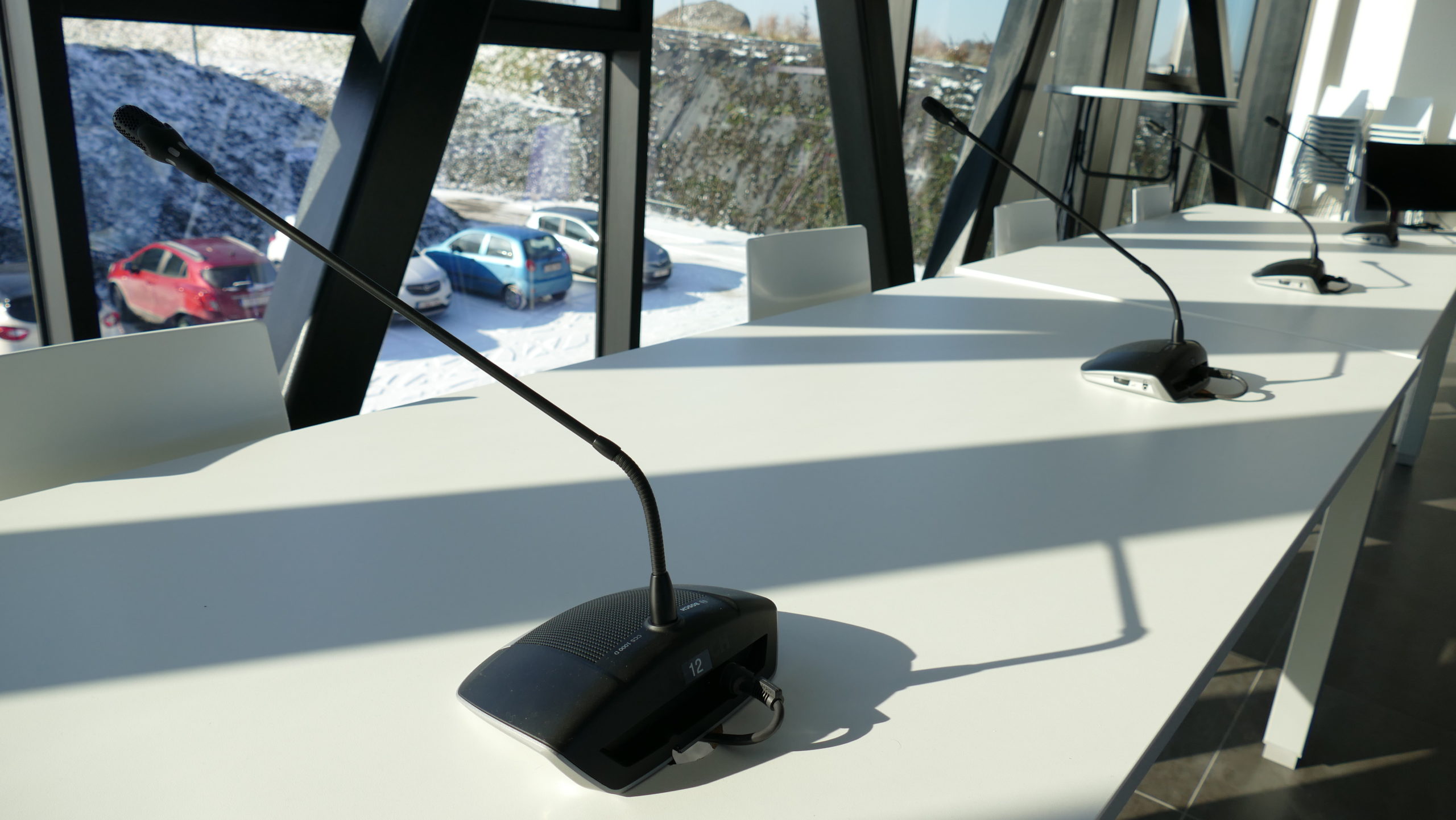 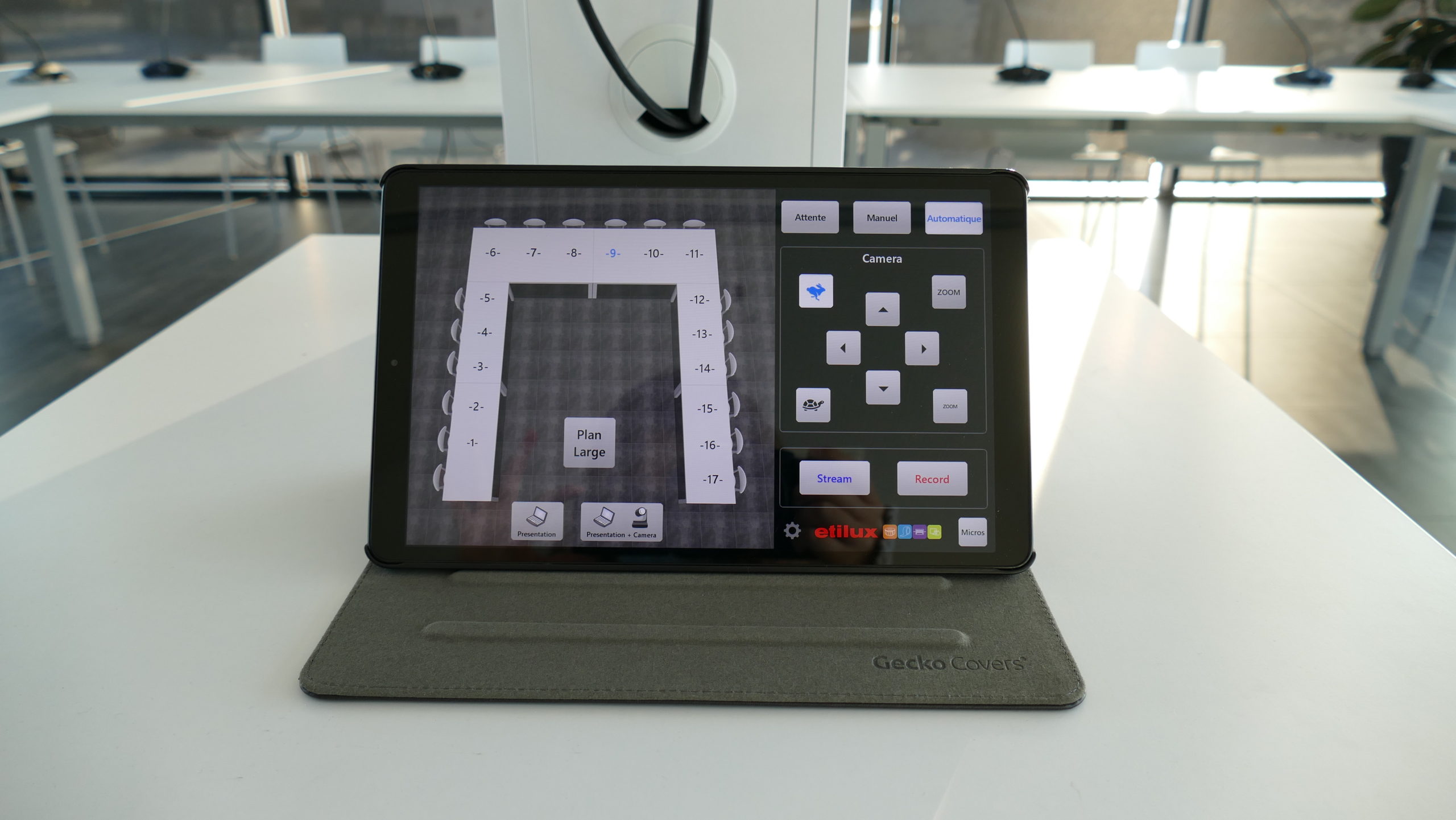 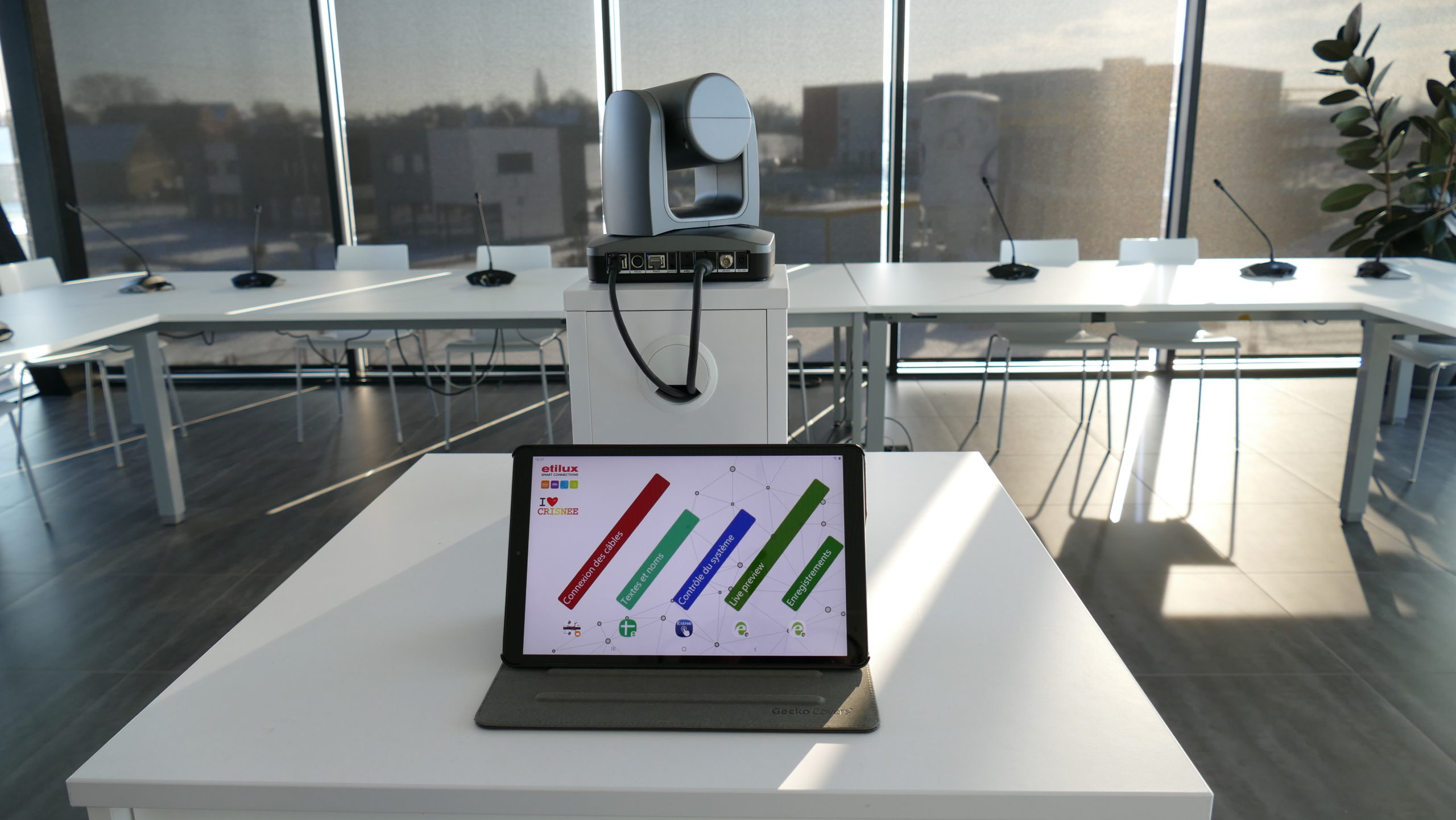 A hardware solution made by Etilux

In order to avoid showing the movement of the camera between each intervention, the image switches to a wide shot of the room. This makes each council meeting more interactive, creates greater fluidity for the viewer and offers a very high-quality image. Thanks to the control interface developed by Etilux, the operator can easily manage the full broadcast of the meeting, its graphic design, the camera movements, etc.

The Crisnée municipal council can now offer citizens all the necessary transparency about how political decisions are made. This privileged space allows the inhabitants to take an interest in municipal life and to contribute so that the councillors can make the best possible decision.

The solutions proposed by Etilux

This device is an all-in-one production module: video recording, streaming, etc. The Pearl Mini supports full HD and is very user-friendly. It makes it possible to give a presentation in an instant. It has a built-in touch screen, a local viewing option, an SD slot and the ability to directly connect a microphone. This tool was selected to permit the recording of each council meeting and the ability to stream it on the municipality's website.

The motorised PTZ camera was chosen because it offers superior image quality in Full HD 1080p and a frame rate of 60 frames per second. The customisable speed controls allow you to change movement speeds and optimise the recording experience. In addition, this camera is capable of panoramic rotations and tilt manoeuvres, allowing for seamless control when recording.

Etilux developed a control interface that makes it possible to control the camera and the graphic design of the broadcast image (logo of the municipality, name of the participants, etc.). The whole thing runs on a simple Samsung Galaxy Tab A tablet, which has the advantage of displaying very sharp images, with rendering that makes it visually comfortable to navigate.

These wireless microphones can be used as as stations for participants or the chairperson. The 'Ready to talk' indicator facilitates a smooth and easy discussion. Its protection against interference makes every video conference much more enjoyable. The control unit is used to control and power the wired stations. 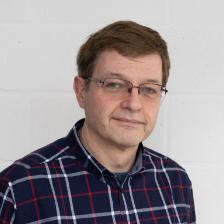 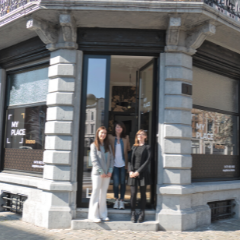 A real estate agency that displays itself

A large catalog of products and services available 24/7